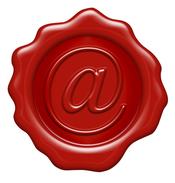 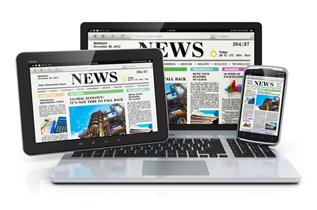 We can provide you with the guidance and documentation to make you compliant.

In 2010 Nestle applied to the UK Trade Marks registry to register a three dimensional trade mark in respect of its four finger Kit Kat bar. The application was accepted but was opposed by Cadbury. Cadbury claimed that the shape was not distinctive and was merely a result of the nature of the product and was necessary only to achieve a technical result (the breaking of the bar into four "fingers"). The registrar accepted Cadbury's grounds for opposition but allowed the UK trade mark in respect of "cakes and pastries". Both parties appealed to the High Court.

The High Court considered that the shape of the biscuit was not distinctive, in that it was unlikely the public would  rely on the shape of the product to identify it and its authenticity. Instead the public would rely on the fact that each biscuit had "Kit Kat" embossed on it to verify authenticity; therefore the shape was immaterial. Trade marks can be registered if they have an inherent distinctive character or if they have acquired distinctive character through use. The High Court was unclear as to what the circumstances were where a trade mark acquired a distinctive character. They considered that a significant proportion of the relevant class of persons would have to rely on the mark itself to identify the trade or origin of the product. As a result of this uncertainty, the matter was referred to CJEU. The CJEU are not likely to give a ruling until 2015.

If you are having problems with your Intellectual Property Rights - Have a Break....and give Alan Stuart a call.

2. Private companies may pay in instalments for shares bought back in connection with an employees' share scheme (all other buy-backs have to be paid for on repurchase).

3. A simplified procedure is provided for share buy-backs out of capital in connection with an employees' share scheme (a directors' solvency statement rather than an auditor's report and directors' report).

4. Private companies can pay for small share buy-backs out of share capital without having to follow the detailed procedures set out in Chapter 5 of Part 18 CA 2006 (known as "the de minimis exemption").

There is some dubiety as to the operation of the de minimis exemption. The new Section 692 (1)(b) CA 2006 allows a private company to purchase its own shares with cash without having to identify distributable reserves (i.e. the payment is made out of capital) if it has authority to do so in its Articles. The maximum amount that can be paid using the exemption in each financial year is the lower of (i) £15,000 and (ii) the value of 5% of the company's share capital.

The Department for Business Innovation and Skills ("BIS") has published a guide to the new regulations. It includes further detail on how the Government intended the de minimis exemption to operate inpractice. It suggests that companies could calculate the 5% allowance at the start of the company's financial year and use this as a reference point.

BIS is currently making a further review of the regulations.

For further advice on this or any other company law matter, contact Mark Lawson.